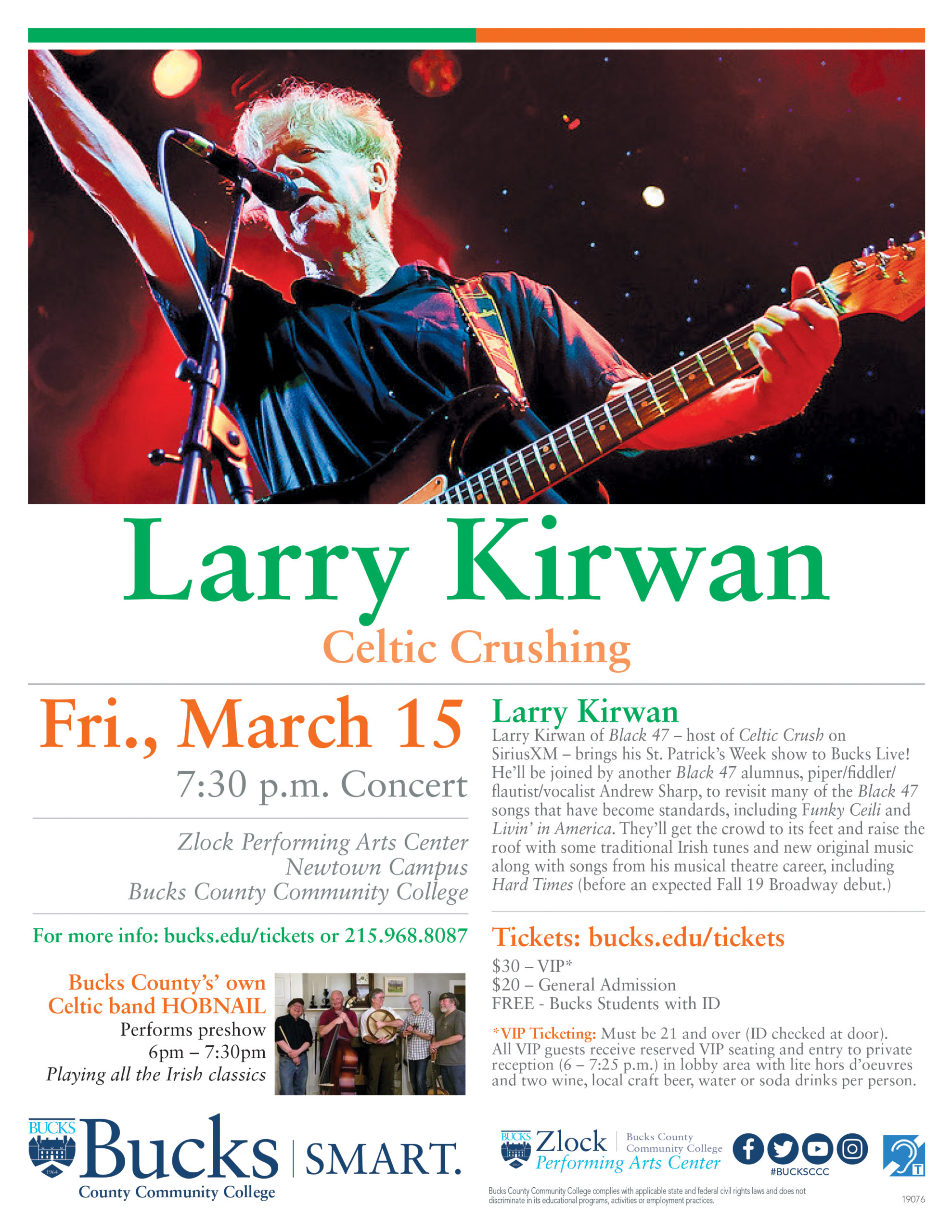 Larry Kirwan of Black 47 – host of Celtic Crush on SiriusXM – brings his St. Patrick’s Week show to Bucks Live! He’ll be joined by another Black 47 alumnus, piper/fiddler/flautist/vocalist Andrew Sharp, to revisit many of the Black 47 songs that have become standards, including Funky Ceili and Livin’ in America. They’ll get the crowd to its feet and raise the roof with some traditional Irish tunes and new original music alogn with songs from his musical theatre career, including Hard Times (before an expected Fall 19 Broadway debut.) Come and get your Irish on at Bucks!
Sing along with Bucks County own Hobnail as they play traditional Irish songs, free 6- 7::30,pm in lobby.
Get your VIP tickets that include beer, wine, nonalcoholic drinks and food.
TICKETS: VIP – $30 / GA -$20/ Bucks Students – FREE