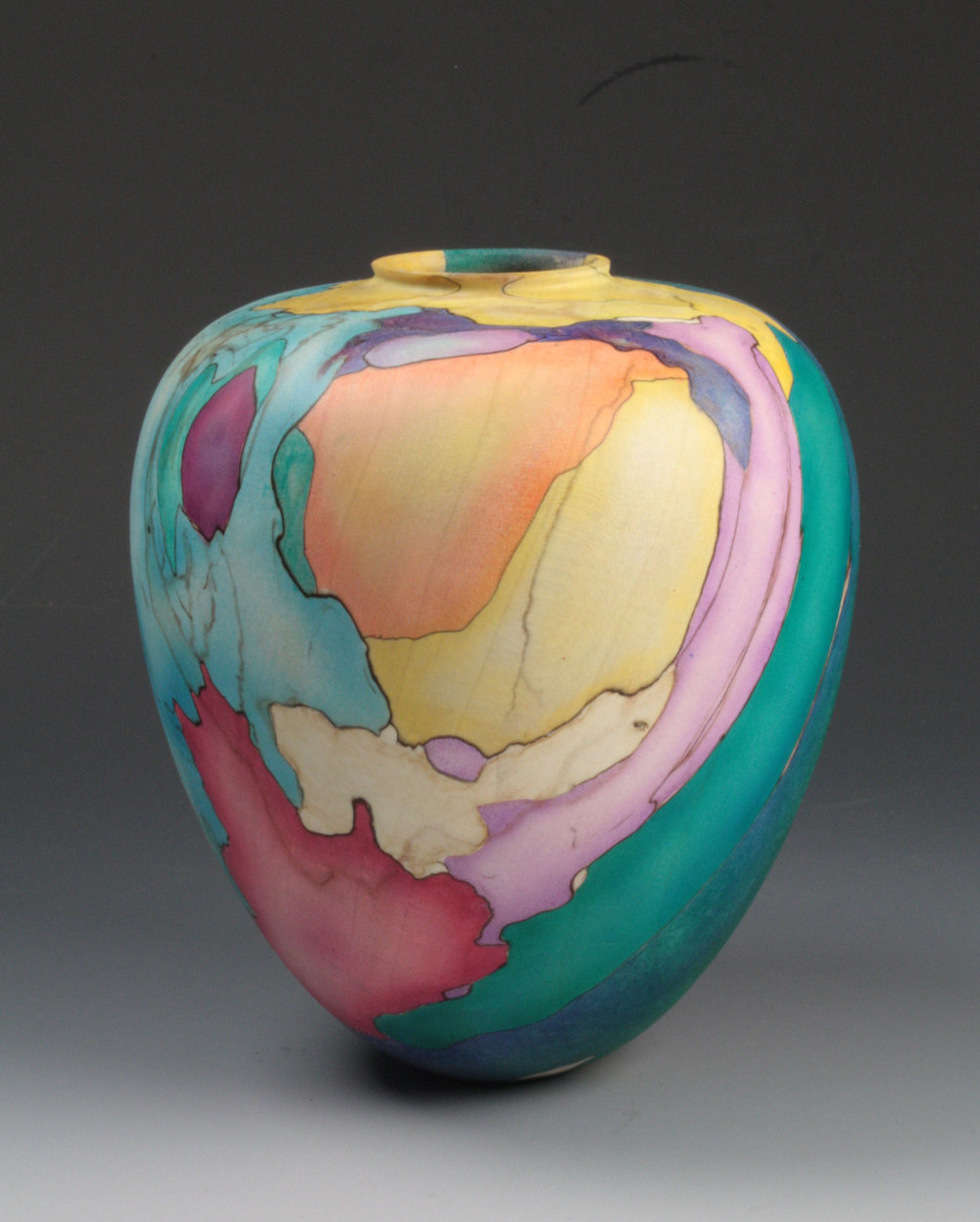 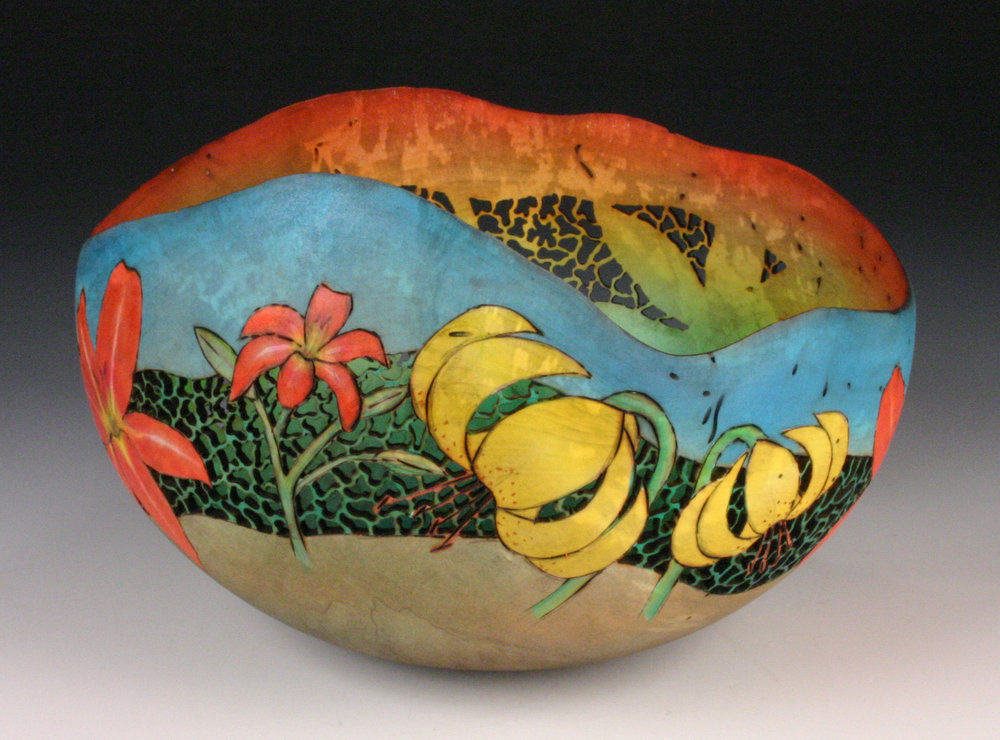 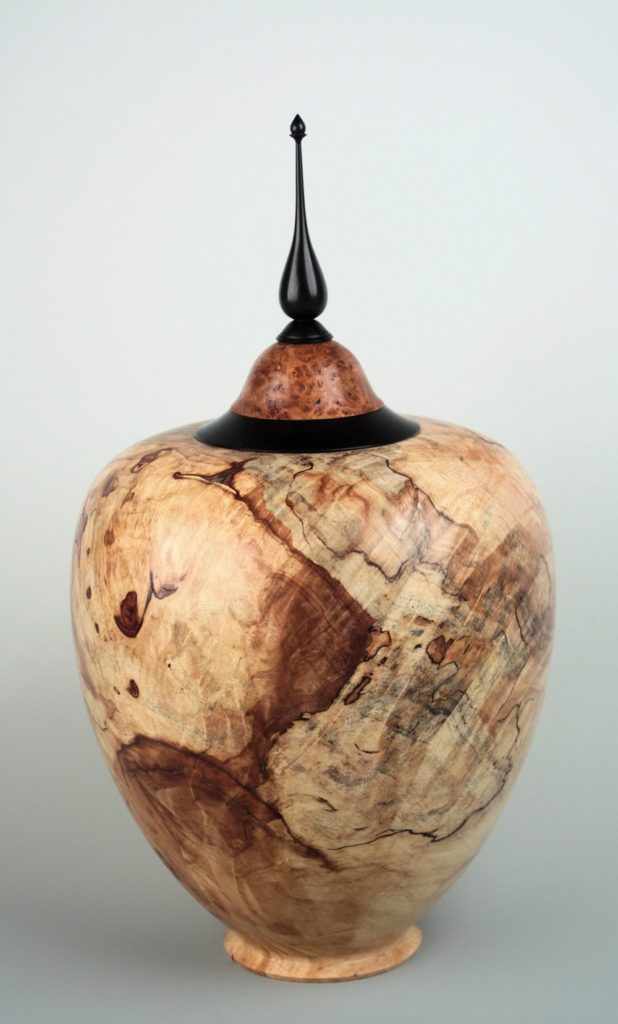 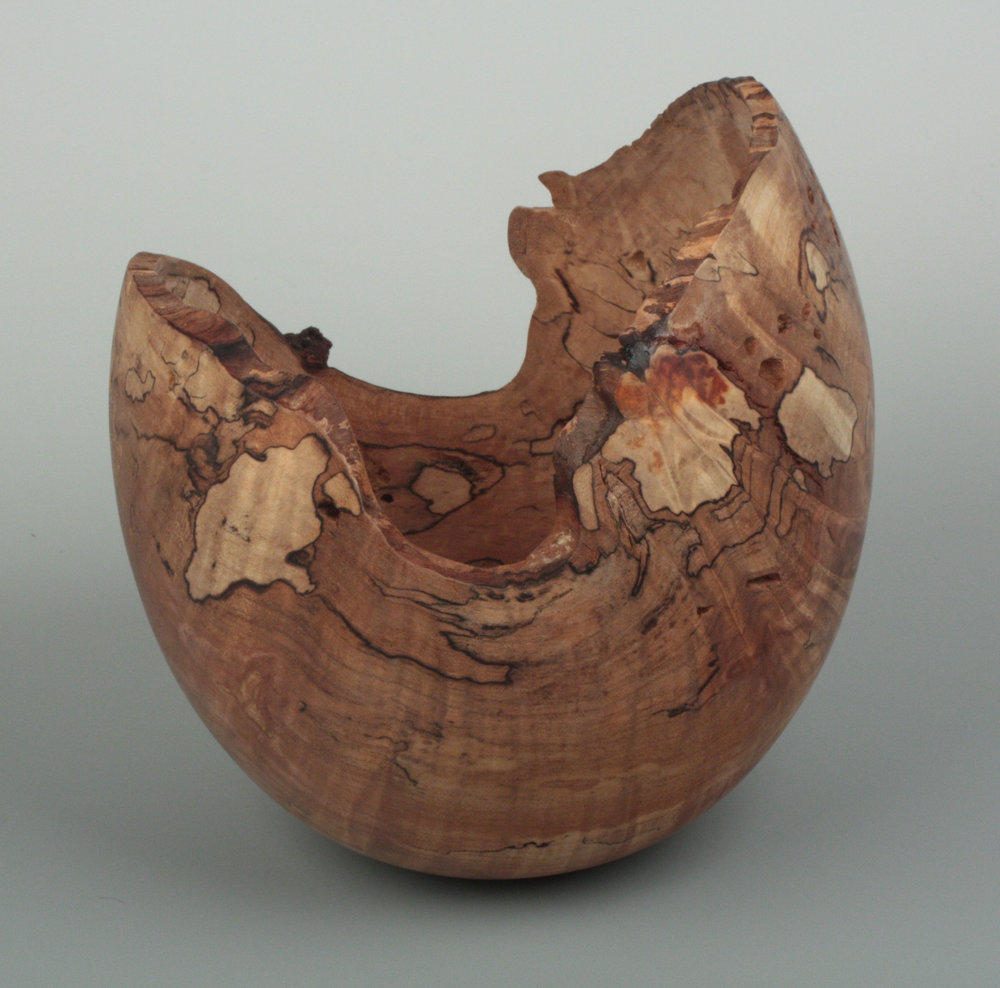 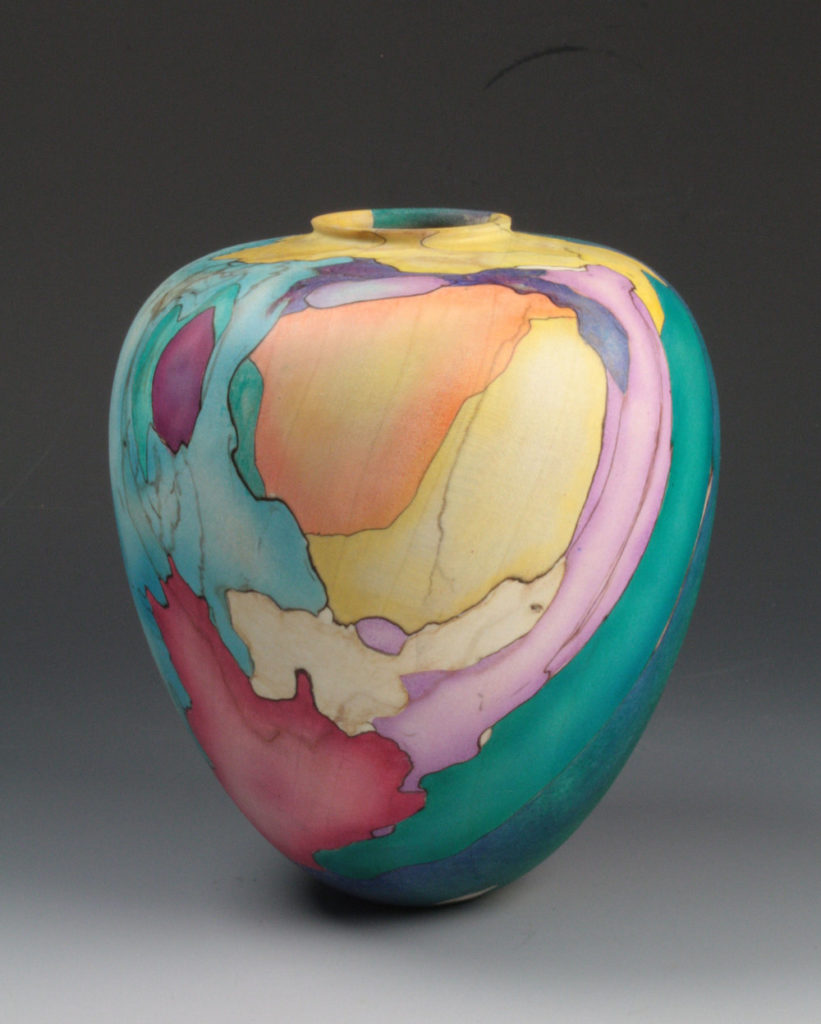 “I am fascinated by the interaction of the natural edge of wood when it intersects with the shape I turn.”

Bernard Hohlfeld opened Roundwood Studio in 2003 to pursue his interest in woodturning. His functional and artistic bowls, balls, boxes, platters, hollow forms, and urns are mesmerizing.

Bernard’s work reflects his intuitive respect for the color and qualities of wood, and his masterful ability to enrich natural surfaces with intriguing artful elements. He works with a variety of woods – box elder, cherry, African blackwood, sycamore, spalted maple, Bradford pear, and cocobolo among them.

Bernard incorporates the natural colors and forms of wood in many of his works. At times insect carvings and growth rings provide the design. In other pieces, he uses paint and bleach to highlight elements. Striking patterns are burned into some of his wood surfaces through a process known as pyrography. In his “Mother Nature’s Coloring Book” series, he incorporates floral, geometric, and abstract designs by piercing, painting, and airbrushing surfaces. His boxes feature brass inlays, elegant finials, and an occasional homage to elves and hobbits. His masterful use of rough edges, bark, and burls in many of the pieces is a hallmark of his work. In addition, he incorporates cast resin in some of his work to create vibrant color contrasts and magical surfaces. Light and shadow play an important role in everything he does.