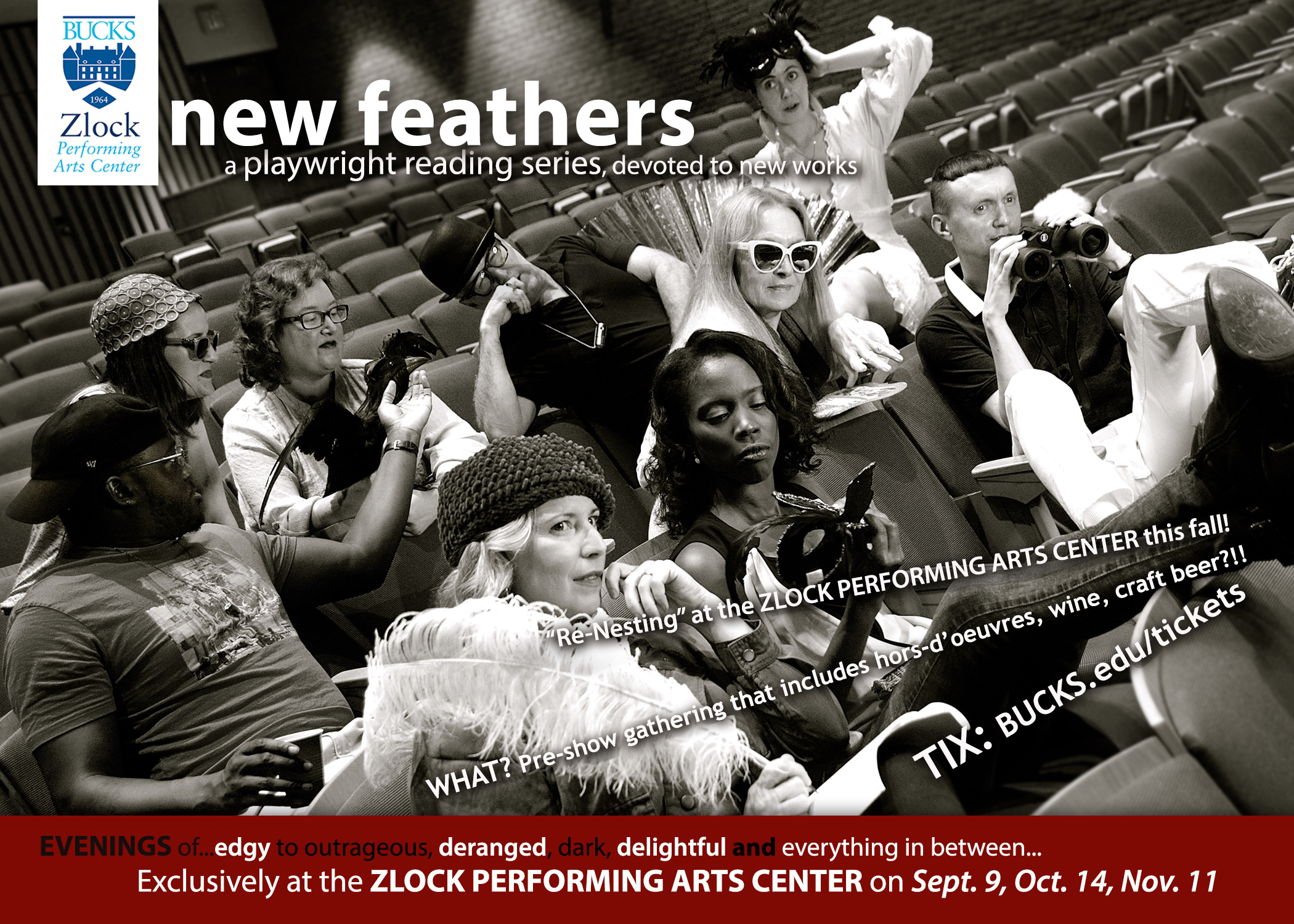 Thursday, October 14th, New Feathers Productions Presents the Latest Short Plays by Award-Winning Playwrights from the Region with “TOGETHER” (AGAIN), at the Zlock Performing Arts Center!
Save Seats Now at https://www.bucks.edu/tickets/
New Feathers Productions (NFP), a professionally produced, new works theatrical reading series, always delivering a bold mix of award-winning and emerging talent throughout the region, announces their next theatrical production on October 14 titled “TOGETHER” (Again) at the Zlock Performing Arts Center.  TOGETHER (Again), directed by Philadelphia Director, Mary Carpenter, presents a night of short plays, immersing audiences in a quirky and relatable journey, highlighting togetherness relating to friendships, love, or the lack thereof and more.
Since launching in 2017, the New Feathers community has become the energy “space” to get re-inspired, providing a free-flowing voice and forum to independent theatrical artists while exporting the mind to the next level for audiences that are always filled with creative thinkers and doers!
NFP VIP pre-show mixers are known to be an exuberant, social-hit that further connects audience members, playwrights, performers, and directors whom all relish in the latest related to the arts!  Secure your General Admission seats for $20.00 or get assigned seats that include pre-show mixer tickets for $30.00. Pre-show mixers include complimentary wine, craft beer and light fare, 90-minutes before the show at 6pm with the show starting at 7:30pm.