Psychedelia Plus Q & A with Filmmaker | Lobby Reception 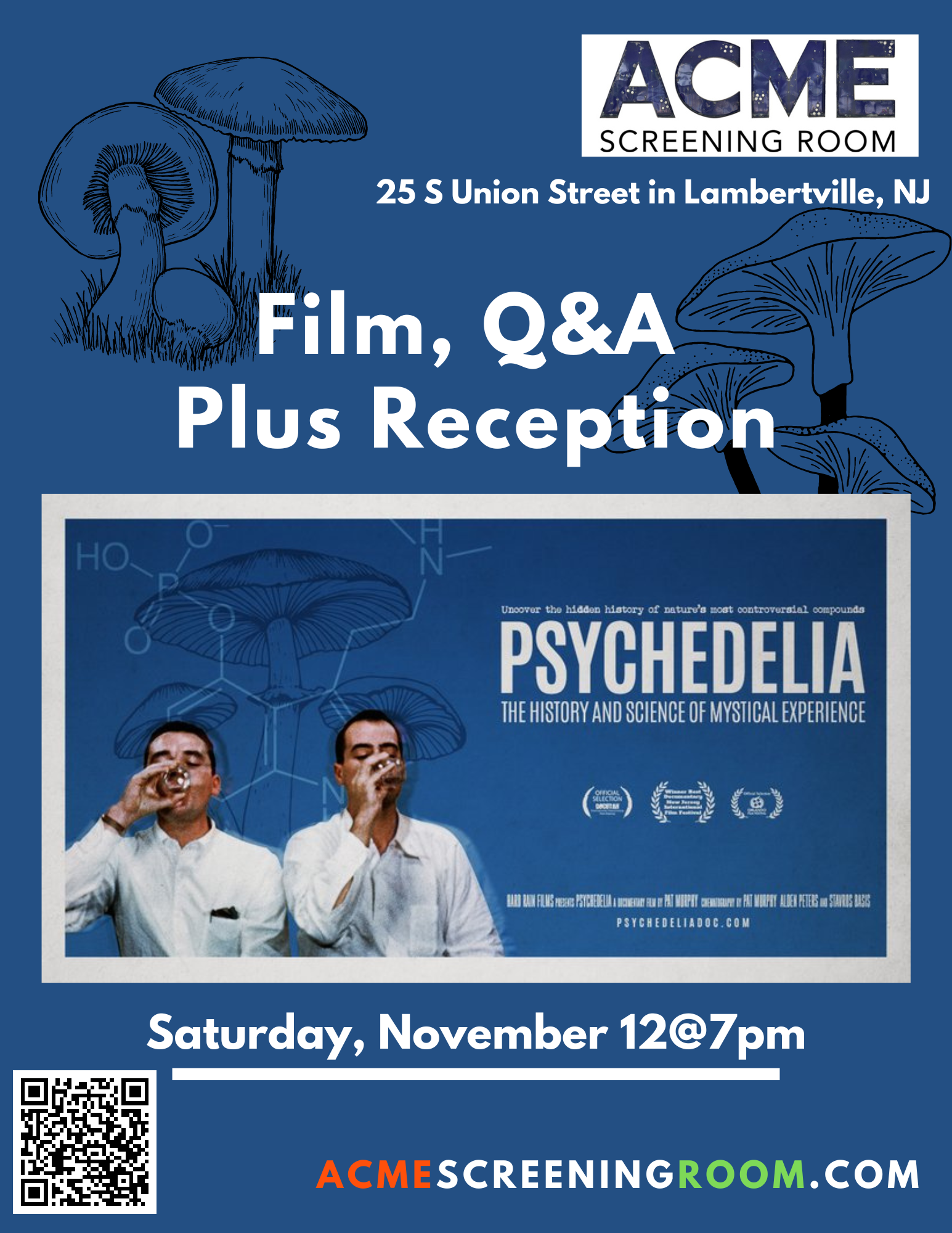 Psychedelia Plus Q&A with Filmmaker and Lobby Reception
Saturday, November 12, 2022
7:00 PM
Followed by a Q&A with filmmaker Patrick Murphy. Pat is a documentary filmmaker and professional film editor, whose work includes programs for PBS, American Masters, and People magazine. He started making “Psychedelia” in 2011, upon learning about the NYU Psilocybin Cancer Anxiety Study. He produced, financed, and distributed the film completely independently. Patrick just moved to Lambertville from CA. We hope to give him a big welcome!

PSYCHEDELIA is a documentary film about psychedelic drugs and their ability to induce mystical and religious experiences. The film chronicles their use in controlled research studies prior to the cultural upheaval of the 1960s, when LSD was regarded as a promising medical breakthrough, as well as their recent re-emergence in psychiatry. Featuring leading experts in the field of psychedelic research, the film tells the story of medical professionals who have re-introduced these compounds into a legal and growing field of study. First-person accounts from a study on end-of-life anxiety explore the profound, life-altering insights psychedelics induce in participants and what these insights might mean for society at large.