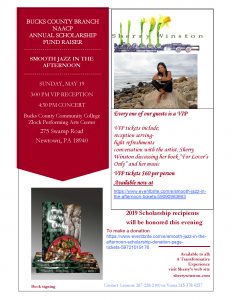 Sherry Winston has performed in many of the major concert halls throughout the U.S. including Carnegie Hall, Constitution Hall, Lincoln Center and at the Kennedy Center. She is a musician, composer, and businesswoman. She has performed with Icon Stevie Wonder in NYC to honor the legendary Hal Jackson on his 97th birthday. Sherry also had the honor of performing for two

sitting presidents, including President and Mrs. Clinton during their last holiday party at the White House and for former President George H.W. Bush at the Waldorf Astoria Hotel in NYC.

She has been featured in The New York Times, Ebony, Black Enterprise, Essence and More Magazines. Sherry has been a featured guest on the Today Show, “Emeril Live,” and has co-hosted and performed on 8 shows for Bet TV.

Sherry has released 6 CD’s with her first “Do It For Love,” going to #1 on BRE and the Black Excellence Charts. “Love Madness,” and “Life is Love & Love is You,” was Top 10 at Billboard Magazine.