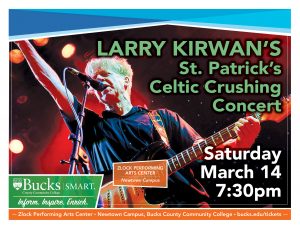 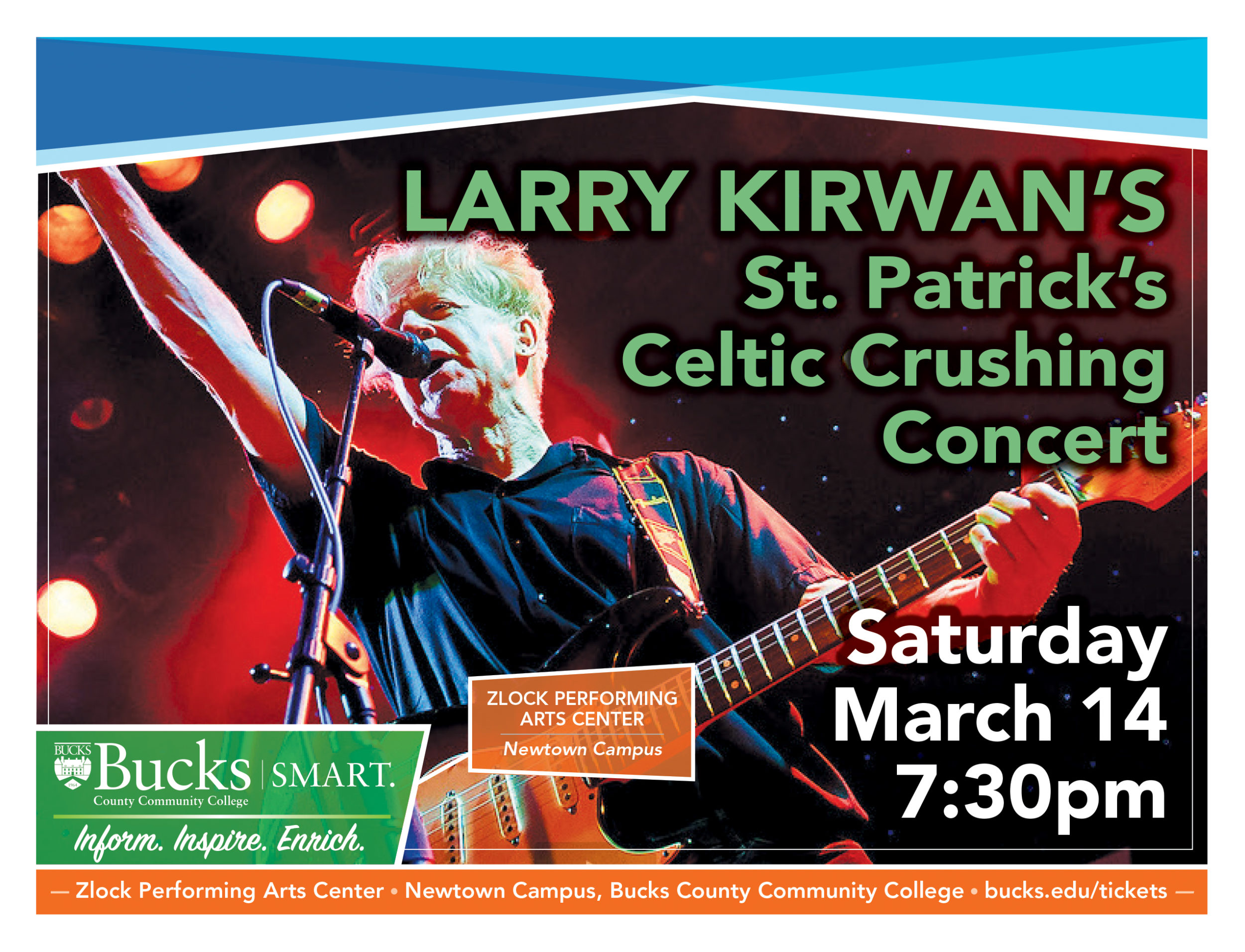 Larry Kirwan of Black 47 and host of Celtic Crush on SiriusXM will bring his St. Patrick’s Week show to Zlock Performing Arts Center, Bucks County Community College on Saturday, March 14th.  Kirwan, a founder of American Celtic Rock, will be celebrating the release of a new Black 47 compilation CD, St. Patrick’s Day Party.  Joined by Andrew Sharp, piper/fiddler/flautist/vocalist they’ll revisit many of the iconic Black 47 songs from the new album, including Funky Ceili, Livin’ in America, James Connolly, 40 Shades of Blue.  Kirwan will also introduce songs from his musical theatre career, including Hard Times (expected to open on Broadway later this year as Paradise Square).

Known for their exuberant and passionate live shows, the pints will be flowing and the craic will be mighty as Black 47 fans, Celtic Crushers and all who love Irish music will begin their St. Patrick’s Day celebration.

The new compilation CD, St. Patrick’s Day Party will be available for the first time at the Zlock and Kirwan & Sharp will sign copies at a meet and greet after the show. Come and get your Irish on at Bucks!